As Nova’s business has evolved over the years, we have noticed various trends with respect to customer requirements. One such trend is the gradual predominance of biogas inquires over landfill inquiries.

This is no doubt a reflection of the fact that new biogas projects are much more frequent than new landfill projects. Instead of paying to have their garbage hauled away to a landfill, many companies have preferred to invest in biogas systems that produce energy while reducing waste. Communities often push back on initiatives to start up large landfills in their regions, while they might be more favorable to biogas initiatives. Biogas projects are more tenable because they are smaller scale and do not consume large tracts of valuable land. By design, biogas digesters are covered and are therefore not as offensive to neighbors or attractive to vermin.

One such recent project involved one of our partners in who is working with a customer to minimize waste effluent while recovering energy. The customer is in fact the largest palm oil producer in the world.* 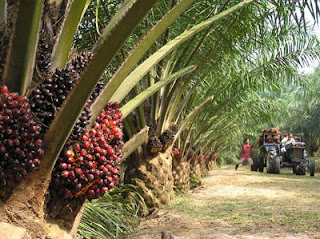 The customer has an anaerobic digester and a gas scrubber. The requirement was to have analysis of methane (CH4) and hydrogen sulfide (H2S) at two points in the process – before and after the scrubber. The net result was that an analyzer system would be required to sample raw and cleaned biogas.

The reason for points 1 & 2 is to determine the energy value of the produced gas, and to evaluate the efficacy of the scrubber. On these applications, there is often a stationary combustion engine of some kind which burns the produced methane. The engine will require input of at least a minimum methane content to function properly. Because methane is a strong greenhouse gas, it is often profitable for the stakeholders to know how much methane they are diverting from release into the atmosphere. Hydrogen sulfide is also a concern; if the H2S levels in the gas rise because of a scrubber failure, the engine will be damaged.

If a big heavy engine made out of hardened steel will be damaged by poorly cleaned gas, imagine what will happen to an analytical instrument that is continuously sampling the raw gas. To manage this reality, we have upgraded the valves, internal tubing, and other components in our biogas instruments to make them more durable.

This project required a 3-point sequencer and a gas analyzer. The sequencer automatically advances through the sample points in a cyclical pattern, spending a few minutes on each sample. The active sample is sent to the gas analyzer for analysis.

The third sample point mentioned above will be used by the customer to pump in clean air. The project stake-holders all agreed that this would be a good idea to increase sensor longevity. Even though H2S sensors are intended to be exposed to H2S, they will be consumed over time as their internal electrolyte is used up. This process will be accelerated if the sensor is exposed to high levels of H2S for long periods of time. To mitigate this process, we configured the sequencer to spend a few minutes sampling clean air after sampling the raw biogas. This will purge out the concentrated gas and ‘re-fresh’ the sensors.

The customer recently updated us with new information about the quality of their biogas. Apparently, it has a much higher moisture content than was originally expected. So they obtained a gas cooler which will be mounted ahead of the sequencer on the raw biogas stream. This will reduce the intensity of the gas that the sequencer will be exposed to during its operation.

We expect that we will continue to see an increase in biogas applications. We have also seen the same trend with syngas inquiries. The basic pattern of produced gas, gas cleaner, and combustion engine is frequently the same as with biogas.  (See this post.)

One additional point of analysis with both types of applications is at the exhaust of the combustion engine. Measuring the exhaust gases will help determine the operational health of the engine, and will determine the pollutant levels being emitted from the engine. Perhaps we can talk about this in a future post.

* Palm oil production is apparently an environmental issue because of its contribution to deforestation. See http://www.celsias.co.nz/article/true-costs-palm-oil-video/ and http://www.greenpeace.org/eastasia/campaigns/forests/work/palm-oil/